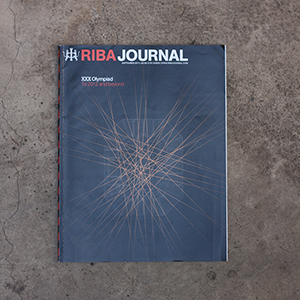 Brazil is looking beyond 2012 to 2016, when it will host the next Olympics. As a catalyst for change, expectations are immense, says Bruno Campos

Brazil is big and young. The state of Minas Gerais, for instance, has the surface of France with the population of Holland. Its capital, Belo Horizonte (BH), now has more than three and a half million inhabitants and is barely 100 years old, having replaced the old capital, Ouro Preto, in 1897. Its original plan devised a modern city for 200,000 people designed according to positivist principles with absolute confidence in the power of engineering, inspired by Washington DC and the Paris of Haussman. A rectangular grid of streets overlaid with another more open diagonal grid of avenues cutting across it at 45° configured a checkerboard pattern divided into 120 by 120m blocks, limited by a circulation ring that separated the urban and suburban zones. Neat, and ready to grow.

Room to breathe
During the second world war, Juscelino Kubitschek (JK) – then a young mayor keen on modern architecture, and who was later to become president and inventor of Brasília – built the artificial Pampulha Lake on the periphery of the planned city, 10km north of BH, which was already expanding beyond its limits. JK invited his 33 year-old friend Oscar Niemeyer, then beginning his professional practice, to design a number of buildings for recreational purposes of the emerging bourgeoisie, including a casino, a yacht club, a dance hall, a church and a hotel (which was never built). At the same time in Pampulha, the largest covered soccer stadium in the world, nicknamed Mineirão, was also being planned in the surroundings of the lake.

JK’s vision of the future was clear: ‘The remodelling of the urban centre had been set up as a principal goal. But this remodelling was not everything. The city needed to breathe, to acquire its own lungs, to be converted, in short, into a living organism, taking oxygen from the environment surrounding it, to absorb it so that its blood could circulate in a rational way. Pampulha, I thought, could be converted into the centre of a tourist attraction BH lacked.’

And so it did. BH has since then grown far beyond its original limits marked by the planned checkerboard, which now amounts for less than 5% of the total surface of the city. From a posh residential district in the 1950s to the nowadays mixed-use low density middle class neighbourhood, Pampulha has maintained its status of ‘leisure and retreat’.

This year Minas Arena Consortium commissioned us at BCMF Architects to review and deliver the design as part of the Public Private Partnership (PPP) of the renovation of the Mineirão Stadium, one of the venues for the 2014 Fifa World Cup. The new complex aims to go beyond its primary role as world-class sports venue, also offering a range of services, retail, culture and entertainment for the city, becoming a new 24 hour hub of activities linked to the Pampulha complex through a landscaped platform that unfolds as a 80,000m2 public plaza adapting to the existing topography (see sketch above). This multi-functional sculpted ‘esplanade’ also reinforces, through the empty spaces around the stadium, the monumental iconography of the original architecture of the Mineirão, whose 1960s facade is heritage listed.

Opportunity to change
But with the World Cup and 2016 Olympics (in which bid phase we were involved) on the horizon, the most pressing question is how to use these international mega-events to truly transform the cities and the country after they are gone. The event could be a catalyst to provide high quality development, improve public infrastructure, gain international status and accelerate urban regeneration. This is a crucial but difficult issue for architects and planners, as it also concerns government policies at all levels.

One example is the five venues we did for the Rio 2007 Pan American Games, Deodoro sports complex (left), which is being used for the 2011 Military Games and is ready for the 2016 Olympics. The area has the highest youth demographic in Rio de Janeiro and is one of its poorest zones. Until recently it lacked basic infrastructure and facilities but the development of facilities for the 2007 Games encouraged less privileged youth to engage in activities providing strong social and sport development opportunities. The Deodoro Cluster (equestrian, shooting, archery, grass hockey and modern pentathlon) began its regeneration but there is still much to be done, especially in environmental remediation.

The visionary JK, and Niemeyer’s talent, put BH and Pampulha on the map in the 1940s. The world’s eyes are on us again: the possibilities are huge, and so are the responsibilities. But we shouldn’t strive to be more ‘impressive’, ‘greener’ or ‘efficient’ than previous hosts. It is not that kind of competition. The sporting spirit is less about competing with others than overcoming your own limits.